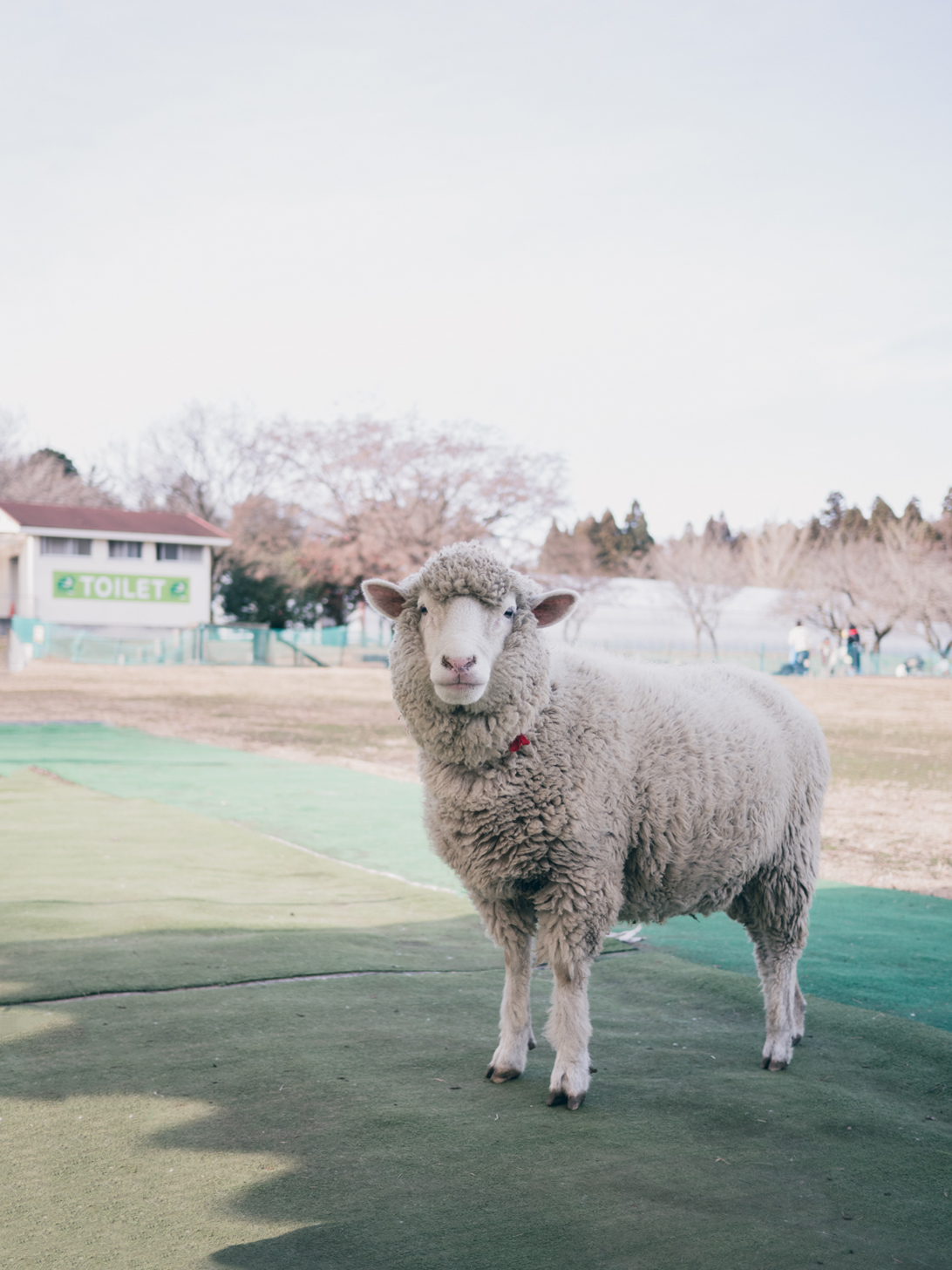 Going to the hot springs has been a must for us every time we’ve visited Japan. This time, instead of just going to a ryokan (an individual inn with private baths) like before, we spent two nights in an onsen town: Ikaho Onsen. Not only are there multiple hotels/inns you can stay at, there are other restaurants and attractions to visit during the day around town.

One of the many options for us to check out at Ikaho Onsen was Green Bokujo, a farm primarily boasting a herd of over 300 friendly sheep. We took the local town’s bus down to the farm just after breakfast, ready to befriend some wooly farm animals. 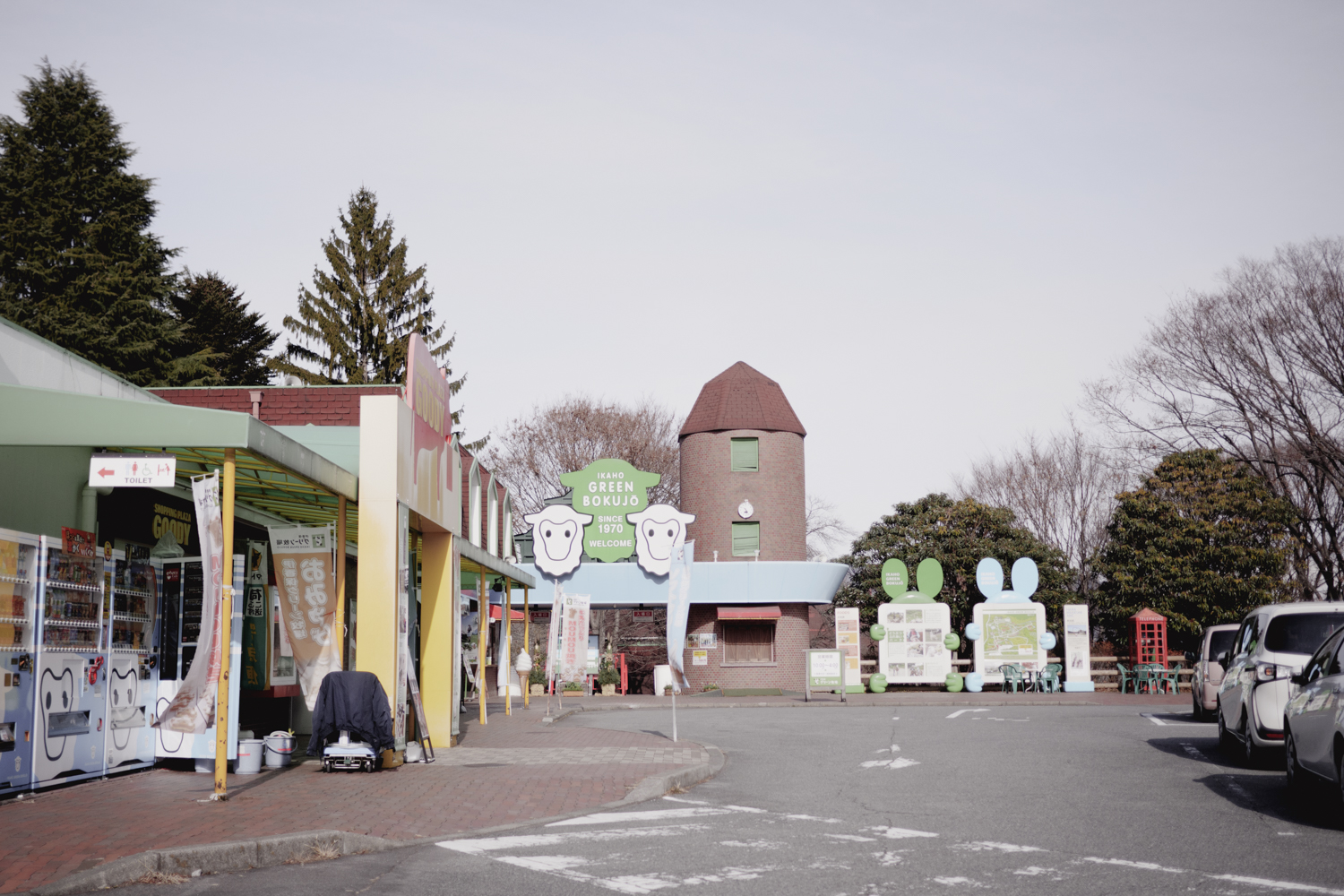 As soon as you walk in, there are a variety of fenced pastures filled with sheep and goats, waiting to be fed. For 300 yen, you can pick up a cup of cabbage to feed the animals that you’re visiting. 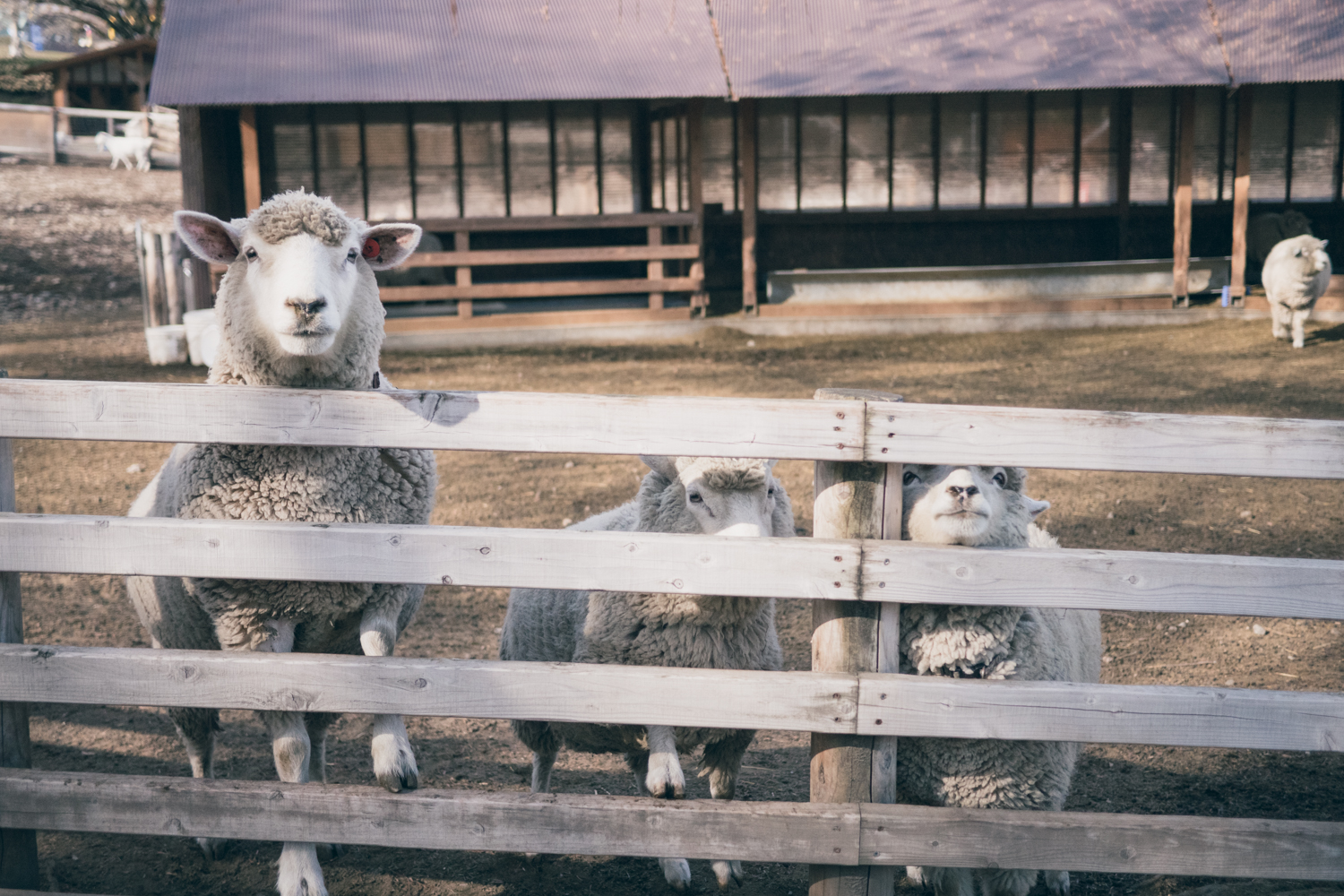 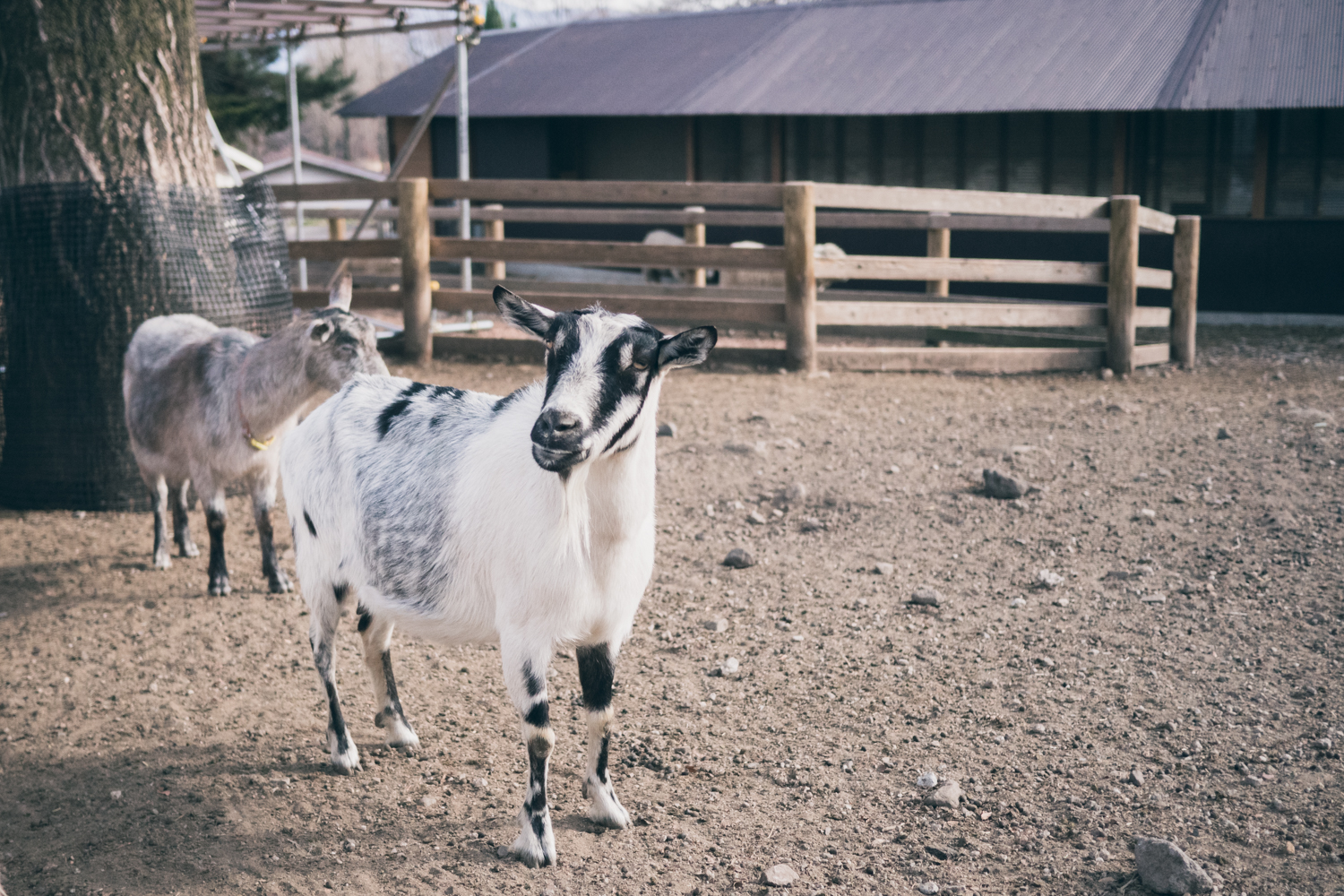 I’ve been to a few farms before, but I’ve never seen animals as eager as the ones here!

The sheep and goats will run up to you as soon as they see you dropping coins in the machine to pay for food, regardless of how far away they are in the pen. It’s quite comical and adorable how excited they are, and it’s pretty obvious they’ve quickly associated humans with free munchies. 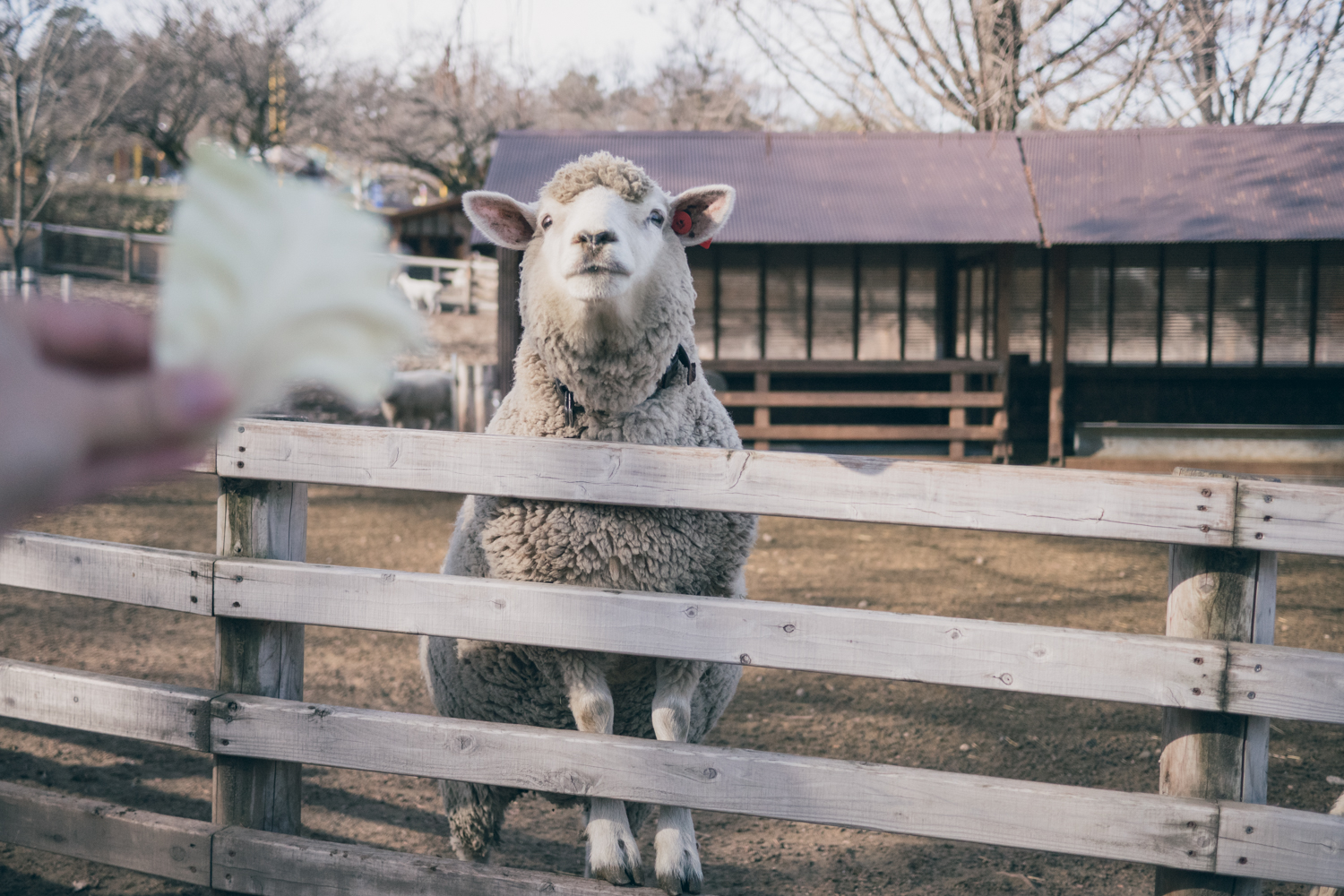 I pet and fed as many animals as I could. They really were totally comfortable hanging out with people, kids included. 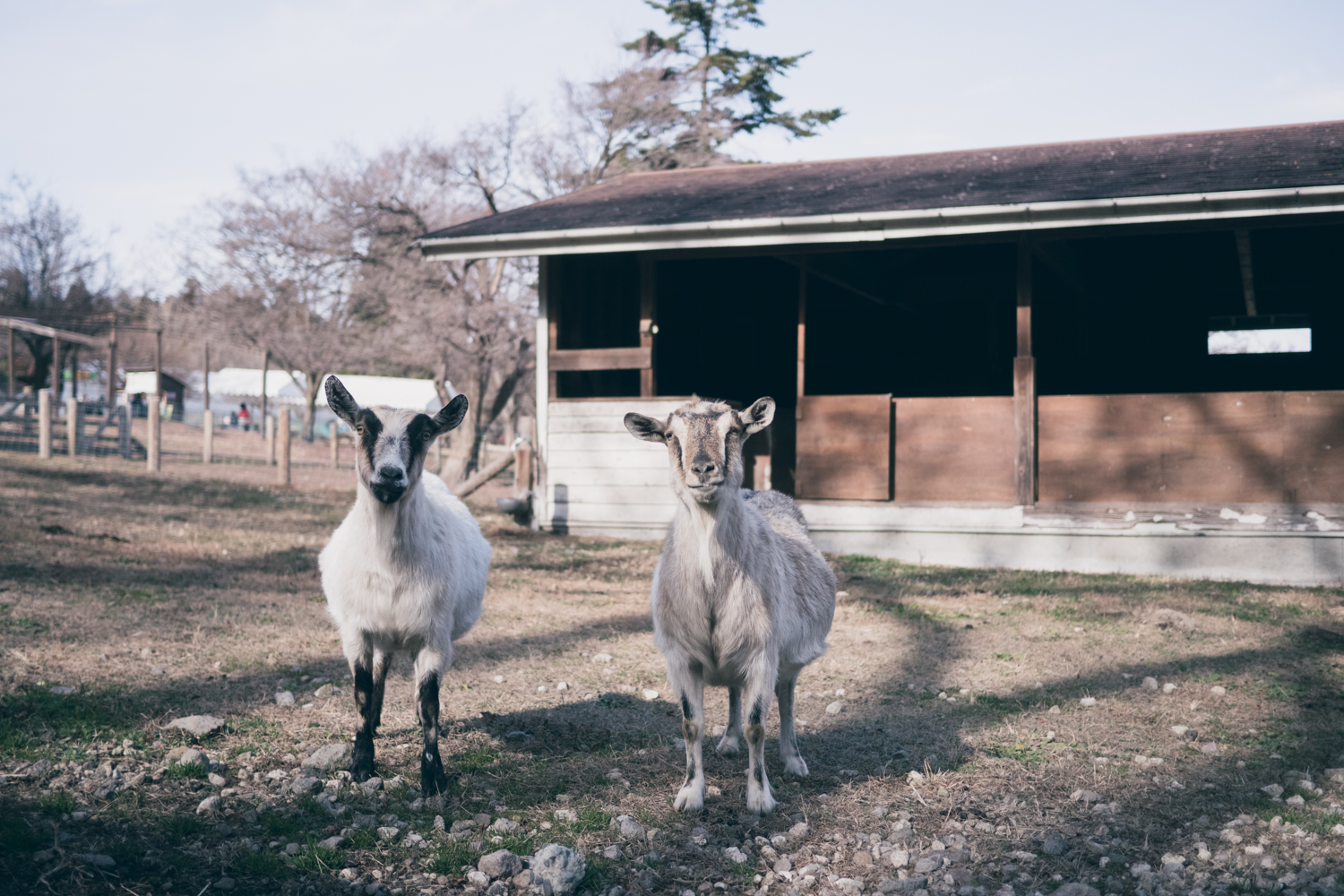 Twice a day at 11:30 and 1:30, there is a sheep herding show. The farm’s New Zealand Cattle dogs show off their herding skills, teaching the audience about the role that dogs play on the farm. Having taken Kokoro and Chibi herding before, this was super fun to watch. The pups head up the hill and bring down what seems like a hundred sheep, herding them right up to the audience.

After watching the show, you can grab some fresh soft serve ice cream or purchase gift-wrapped desserts as omiyage before heading back to your hotel for a nice, hot soak.